Isaiah Thomas can break a Celtics scoring record held by Larry Bird. Here’s why nobody is excited. 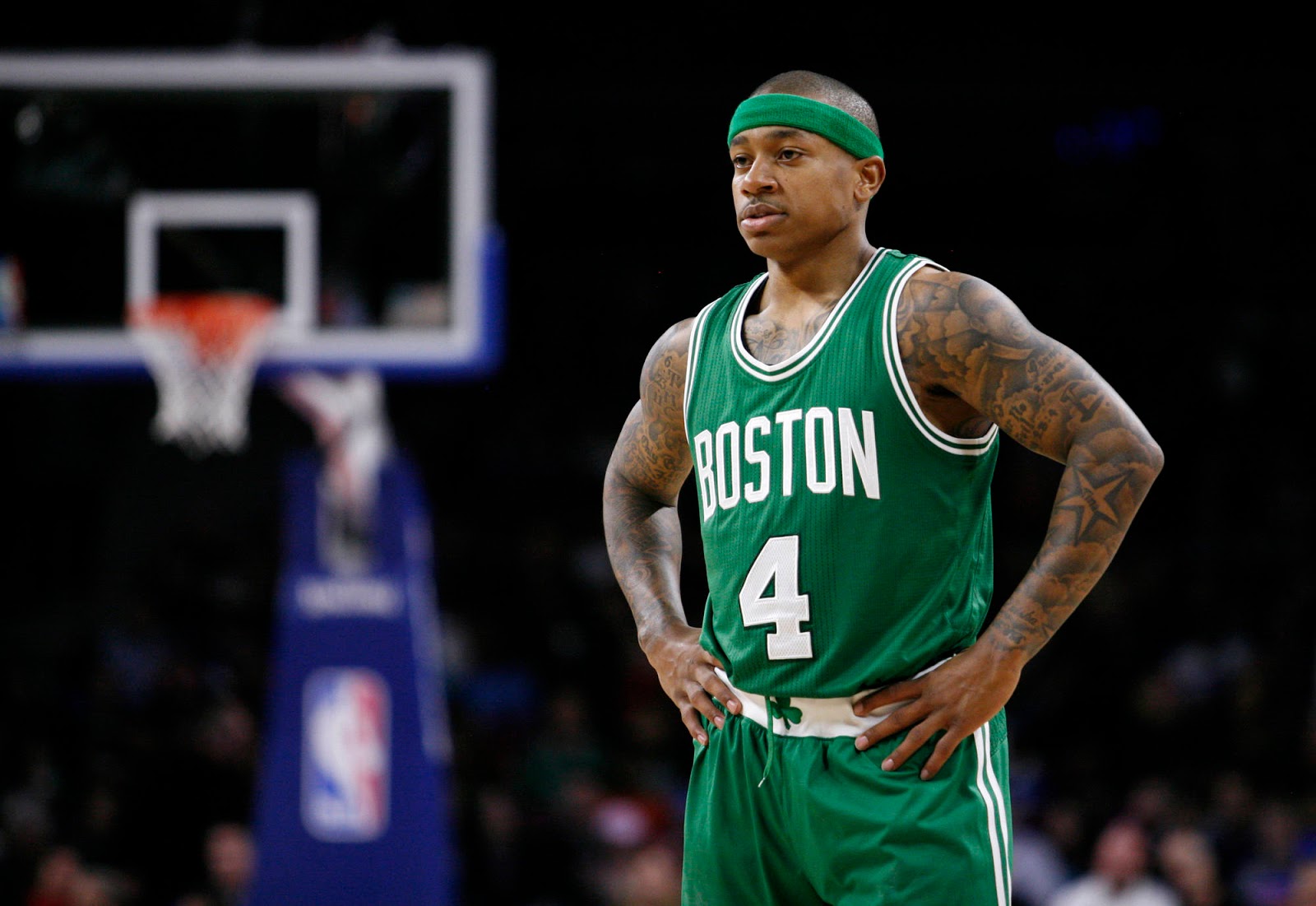 March has been very kind to Isaiah Thomas from a statistical standpoint. He is scoring 26.2 per game at a 46.3 FG% over 13 games this month. He is also currently second in the NBA with 13 straight 20+ point games, only behind Kevin Durant (59). Last night in Los Angeles, Thomas continued his 20+ point scoring streak and tied a Boston sports legend in the process. During the streak, IT has led the Celtics in scoring for all 13 of those games, matching a record set by Larry Bird back in the 87-88 season. As we pointed out earlier today, Thomas’s assist numbers are down recently. According to Basketball Reference, Bird averaged 28.9 ppg and 6.9 assists while Thomas is averaging 26.2 ppg and 4.4 assists throughout their runs. This by no stretch of the imagination is an argument about which player is better, more so how incredibly different the situations are. Bird’s Celtics were first in the Eastern Conference (only to be later eliminated by the Pistons in the ECF) while this year’s Celtics are desperately trying to cling on to home court advantage. There a many differences between Bird and Thomas’s scoring stretches respectively, but none quite as important as this. During Bird’s streak, Boston went 10-3. During IT’s, the C’s are 7-6. Bird led his team in scoring mainly because he could. Thomas is doing it out of necessity. With Jae Crowder sidelined the last 8 games with an ankle injury, the whole team has needed to pick up the scoring from their starting forward. The problem is, only Thomas has. With Olynyk still trying to find his rhythm after his shoulder injury, Evan Turner figuring out his role as a starter again, and whatever the hell is going on with Marcus Smart’s jumpshot, IT hasn’t had much of a choice but to score. Looking at their recent tough schedule, Boston is lucky to be 7-6. The point guard’s scoring isn’t the issue with this team, it’s the only thing keeping them alive. Thomas has no doubt improved his game in a big way and the numbers do not lie. But even as he points out, they aren’t what is most important. Via Masslive’s Jay King:

Asked if equaling Bird's mark meant anything to him, the little lefty explained, "Not really. Maybe if we would have won then it would have been pretty cool. I'm just about winning, honestly. The numbers speak for themselves. It's about winning, especially at the end of the year the way it is right now."

Even if Crowder returns against Portland Thursday night, Thomas is still the odds on favorite to lead the team in scoring again. It’s amazing how a Celtics player is going to break a streak held by Larry Legend himself and it’s not going to be a big deal. Not to mention that player is only 5'9". You could make an argument that this would be a huge deal for any other franchise outside of Boston. But scoring streaks are not why our fans buy tickets, they don’t get you jumping out of your seats, and they don’t raise banners. Side note: After researching Bird’s 13 game streak, I noticed that earlier in the same season during an entirely different stretch of games he led his team in scoring for 17 straight games. However, on the 9th game, a 34 point blowout victory over the 76ers, he tied Marc Acres with 19 points who was almost certainly getting buckets in garbage time. So this record can be viewed with a grain of salt. Another side note: It’s crazy that Paul Pierce does not hold this Celtics record with the lack of “help” he had during parts of his time here.
3/30/2015 03:07:00 AM
Share
Newer
Follow @teamboston